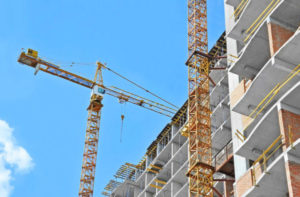 If you don’t know about what is going on in Sacramento proposed legislation this year yet, FIND OUT ABOUT IT FAST because it is coming for your home, your block, your neighborhood, and your community NO MATTER WHERE YOU LIVE IN CALIFORNIA.  There are more than 200 bills introduced by our “dear leaders” in Sacramento who think it is a good idea to unizone California (or maybe bizone to not ruffle the feathers of their largest donors in their low density coastal and pastoral settings).  This article focuses on SB 50 just to start breaking things down.

EDITOR’s NOTE: We would like to thank Hydee Feldstein for the preparation of this detailed analysis of the newly proposed housing laws.

You can find the actual text of the bill as amended through 5/1/19 here: https://leginfo.legislature.ca.gov/faces/billTextClient.xhtml?bill_id=201920200SB50.

SB 50 COMPLETELY WIPES OUT YOUR EXISTING ZONING AND SUBSTITUTES ITS OWN statewide zoning code for projects that include moderate, low and extremely low income housing or homeless shelters and transient or supportive housing.

*CITIES AND COUNTIES CANNOT DISAPPROVE, CONDITION, OR DELAY APPROVAL OF ANY “housing development project “ except for specific and very limited reasons.   A Housing Development Project is any residential use, any mixed use so long as 2/3rds of the square footage is residential, including farmworker housing and any transitional or supportive housing.

Mixed use is NOT limited to retail, office, or commercial- it is just all “nonresidential uses.”  So “mixed use” means everything as long as it is not more than of 1/3rd of the square footage.  The language does not exclude any use (think auto body and paint shops, recycling plants, agricultural (including cannabis growing), mobile home parks, hotels, storage, animal keeping, composting, mortuaries, parking structures, or landfill).

The bill permits disapproval if the city or county finds the development project or shelter “is inconsistent with both the jurisdiction’s zoning ordinance and general plan land use designation” but that “protection” has more holes than a kitchen strainer.

FIRST, ONLY JURISDICTIONS THAT HAVE ADOPTED A REVISED HOUSING ELEMENT THAT DOES THE SAME THINGS SB 50 DOES CAN DISAPPROVE ON THIS BASIS.  Pick your poison — suicide or murder, either way you are dead.

SECOND, any project no matter how wildly inconsistent, non-compliant and nonconforming is by a wave of Sacramento’s magic wand “DEEMED CONSISTENT, COMPLIANT, AND IN CONFORMITY” unless the local agency provides, within 30 days for a project of up to 150 units and within 60 days for developments of 150+ units, written documentation identifying the provisions with which the project is not consistent and an explanation of why the project is inconsistent, non-compliant and nonconforming.  So a “mixed use” eight story temporary shelter with a meth clinic, a recycling plant or a hazardous waste dump on the ground floor in the middle of the block on a residential street is “deemed approved” without notice to, or a right of action, objection or appeal for, any resident, even the adjacent neighbors because the city did not respond in time? Incredible.

1.  *STATE WIDE MINIMUM DENSITY/ELIMINATION OF SINGLE FAMILY AND DUPLEX ZONING IN FAVOR OF FOURPLEX NEIGHBORHOOD MULTIFAMILY PROJECTS.  SB 50 as amended imposes a MINIMUM density state wide of no less than four units per parcel and all single family and two family zoning in 15 counties in the State of California disappears so long as the project is on vacant land or land that has an abandoned building.  The only exceptions are that the project (a) must be in an urban area and cannot be on specially protected parcels like farmland, wetlands, coastal zones, high fire severity zones recognized by the federal or state (but not local) authorities unless mitigated, hazardous waste sites unless cleared by the State, in earthquake fault zones unless built to state or local seismic code specifications, in special flood areas, unless meeting federal standards, within a floodway unless cleared by federal authorities, conservation lands within adopted natural resource protection plan, protected species habitat as found by state or federal authorities, and land under a conservation easement; and (b) cannot require the demolition or alteration of property that is rent controlled, affordable by law or other housing that has been tenant-occupied or Ellis Act evicted within the last 10 years; or a structure that is on a national, state or local registry (NOTE: this is the structure itself, not historic districts or HPOZs and does not include City or County designations).

2.  *”JOBS RICH” AND “TRANSIT RICH” AREAS GET UPZONED IN ADDITION TO THE MINIMUM FOURPLEX (extent of upzoning below).

“Transit rich parcels” — .5 mile radius of “transit (PLUS parcels outside that radius that are (a) no more than 25% of the project area or (b) no more than 10% of the units (not to exceed 100)) in specific circumstances. Transit is rail and ferry for 43 smaller counties and rail, ferry plus bus stops on “high quality” bus corridors in larger counties. Bus corridors are intersecting bus lines that have average service intervals in each direction during weekday peak hours of 10 minutes or less, during nonpeak hours of no more than 20 minutes and on weekends, no more than 30 minutes.  Just curious:  what happens if the buildings are built and the schedules change or the regularity of the service falls off?

“Jobs rich parcels” —  an area that is “higher opportunity” associated with positive educational and economic outcomes of all income levels residing in the tract and either is new housing that would enable residents to live in or near the jobs-rich area, as measured by employment density and job totals or is new housing sited that would enable shorter commute distances for residents compared to existing commute levels.

The definition seems to be whatever HCD wants it to be.  How is HCD going to measure existing commute levels?  Don’t you need a database showing where residents work?  And even if both Santa Monica and Pasadena are “jobs rich” isn’t it the case that residents from one work in the other and vice versa?  And “as the crow flies” distance is meaningless in terms of real commuting time.

3.  *THE OVER/UNDER 600,000 COUNTY DIVIDE.  SB 50 divides California into larger population counties (600,000+ inhabitants) and smaller population counties (less than 600,000 inhabitants).  All counties have the “fourplex” minimum upzoning plus all counties have additional upzoning of parcels that are close to transit and close to “jobs rich areas” but this additional upzoning is different for the 43 smaller counties that do not meet the 600,000 threshold than it is for the 15 larger counties with 600,000+ population.  The 15 with greater SB 50 upzoning and incentives are: Alameda, Contra Costa, Fresno, Kern, Los Angeles, Orange, Riverside, Sacramento, San Bernardino, San Diego, San Francisco, San Joaquin, Santa Barbara, Santa Clara and Ventura.  THAT INCLUDES ALL CITIES WITHIN THOSE COUNTIES WHETHER OR NOT CHARTER CITIES.

Parcels that meet the following are upzoned as Jobs Rich or Transit Rich Parcels under SB 50:

Housing is permitted as an underlying use, in smaller counties only must be in an urban area, if in a coastal zone, must be in a city of 50,000+ and if in a federally or state designated very high or high fire hazard zone, must either be excluded from hazard imitations on development by local authorities or have adopted mitigation measures.

Additional Smaller County Only Requirements:  Must be in an urban or urbanized area per existing State Bonus Density law, must be in a city of at least 50,000+, must be in an area that already has minimum density of 20 suburban or 30 metropolitan dwelling units per acre, additional protections for historic district protections, cannot be in a flood plain unless mitigated and must be within .5 miles of rail or ferry (without buses and without 25% or bonuses for 100 units.

4.  RENTAL HOUSING PROTECTION/THE TOOTHLESS WONDER.  SB 50’s language exempts rental housing for a period of 7 years after it is no longer occupied by tenants and for a period of 15 years following an Ellis Act eviction except that both periods are 10 years for purposes of the fourplex state wide upzoning.  There is no State or in most places local system that tracks tenancies and/or Ellis Act evictions.   So how do you know?  Either the state has to take responsibility for tracking or the state has to reimburse the local authorities for tracking or the state has to give a private right of action with attorneys fees to have any prayer of enforcing the language as written.  In all cases, the exemption is toothless without funding for collection of information, monitoring and enforcement (including a private right of action for enforcement, damages and fees).  SB 50 is very careful to give developers the right to sue the local authorities if their projects are not approved fast enough but it does not check developer “bad actors” by providing a private right of action for violation of its tenant and other protections.  So there is no penalty or effective enforcement for noncomplying projects.

ALL HISTORIC DISTRICTS and HPOZs are affected by SB 50.  SB 50 only exempts contributing structures in historic districts that existed as of December 31, 2010.  Buildings that are not “contributors” are fair game for demolition everywhere.  For those in LA, the following HPOZs post date 2010: Carthay Square, El Sereno-Berkshire, Hollywood Grove, Jefferson Park, Miracle Mile, Oxford Square, and Sunset Square.  The 52nd Street Trust HPOZ was not adopted by the City until 2015 but it is listed in the National Register so it is unaffected by SB 50.

There is no exemption from jobs or transit upzoning (as opposed to the fourplex state wide zoning) for historical landmarks, monuments or buildings unless registered with the state or national registries.  So, for example, in LA the Los Angeles Times buildings designated last fall would lose their historical designation.

6.  WHAT IS THE MAXIMUM UPZONING?

FOR BOTH JOBS AND TRANSIT PROXIMITY PARCELS:

FOR TRANSIT PROXIMITY PARCELS WITHIN .5 MILES OF RAIL OR FERRY:

Those are minimums.  For Los Angeles, the upzoning may start with the 45 or 55 feet and then go up from there under TOC Guidelines which permit additional density on top of what is already permitted and on which the Planning Department has taken a very aggressive stance.

7.  WHAT AFFORDABLE HOUSING OR OTHER PUBLIC BENEFIT IN RETURN?

Developments of up to 10 units, NONE

Developments of 11-20 units, payment of an “in lieu” fee to go to affordable housing construction off site but near by and the market rate development can get a Certificate of Occupancy at the same time as the affordable project gets a building permit.  NOTE: that can be without a CO, construction, breaking ground or full funding and will mean that a number of affordable units required will never be built or occupied.

Developments of more than 20 units all the way up to more than 350 units using SB 50 incentives must build or pay an in lieu fee for building between 6% to 11% at the extremely low income level, 8% to 15% in the middle tier and only 15% to 25% at the top tier (which current law calls “moderate” income and this law renames as “lower” income.

Instead of providing ANY affordable housing, the developer can make a  “comparable affordability contribution” which means either a dedication of land or fee payment to a housing provider that proposes to build a residential development in which 100 percent of the units, excluding manager’s units, are sold or rented at affordable housing cost or rent as defined in the State’s the Health and Safety Code so long as the offsite affordable housing is on a parcel within the jobs rich or transit rich definitions, within .5 miles from the market rate project, and is subject to a recorded covenant on affordability.

The calculation of the fee is nonsensical:  must be at least equal to the capitalized value of the forgone revenue that the development proponent would have incurred if the qualifying project had provided the required number and type of affordable units onsite.  There is no definition of capitalized value or forgone revenue and like net points rather than gross points in the entertainment industry, the calculation appears to be in the eye of the beholder.